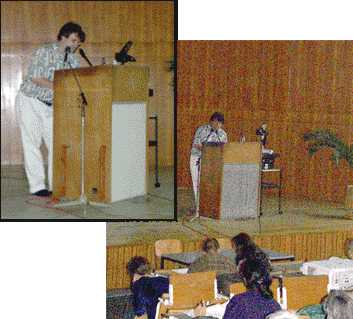 A summary of the speech by René Talbot

1. Hans Prinzhorn was a Nazi ideologist.

2. Hans Prinzhorn organized the unlawful acquisition of the works of art of psychiatrically institutionalized people in order to establish a museum of psychopathology.

3. The artists of the works of art collected by him are not represented as persons with any legal rights. His view of these works has the typical "aquarium" point of view, as characterized by Primo Levi.

4. His racist/psychiatric ideologicalization of art as the colonialization of "madness" stems from his model of the mind which is manifested by a biologistical, medical/psychiatric rule of power.

5. The philosophical context is to be found in a biologistically revised interpretation of Nietzsche.

6. The Heidelberg University Psychiatry, the administrators of the works of art of the so-called "Prinzhorn Collection" which were illegitimately acquired and therefore NEVER became their possession legally, despite all rhetorical denials interprets these works of art in the context of an ideology of "degenerated art" ("entartete Kunst"): It manifests the "aquarium viewpoint" of Prinzhorn in its catalogues, which up until today defames the work of unidentified artists with labels such as: "schizophrenic", "paranoia" and "degenerative feeble-mindedness" etc.